7 Tips for the Beginning Homesteader

Many men are finding contentment in the rebellion of homesteading. It’s rebellion because it dislodges us from so many machines, saying “no” to being a cog in a wheel. Growing food gets you out of ridiculous tax systems and a consumer-based economy at the same time. The term economy, after all, means “household management”, not how much money we wasted consuming as consumers. Here’s a bit of my rebellion: I bring milk from my cow to my family in one easy step, unlike industrialized dairy where a long line of people comes to skim the cream off. In the ridiculous globalized system, after milk leaves the cow it goes to a milk hauler, he takes it to a milk plant, they might ship it to another processing plant, then to a distributor, then to a grocery store, then to you. Milk loses quality as its handled, which is why that chalk water in the store tastes so different form fresh milk. Oh, and there’s taxes, government fees, association fees (like the ones that fund the lame “Got Milk” campaign), and a ton of people trying to take a slice of the cheese during milk’s torturous journey. The only person usually not making much money is the farmer (prices paid to farmers right now are about where they were in the 1970’s, but they are still high in the stores!). Part of those fees and taxes fund a government that has simultaneously warned against eating too much cheese while advocating for food producers to use more cheese (here’s an example of the absurdity). That system is smellier than Limburger.

Homesteading also can draw families together in an integrated work. To continue my home dairying example, each family member works at it, benefits from it, and spends time together doing it. The kids and I milk and care for Abigail (our testy but sweet jersey cow), my wife and oldest daughter make cheese, butter, and so on, and we all eat it and enjoy it together! We also grow closer to our community as we barter with and learn from each other, and enlist them to help when I have to travel for work with a Catholic mentoring organization called Fraternus.

Not everyone can have a cow, of course, but many of us can enjoy bucking immoral food systems while growing closer to our family, having contact with nature (a “book” that God wrote, as so many saints have put it), and doing a work pleasing to more than just a checkbook, retailer, or tax collector. In short: it’s good. Adam, after all, had a primordial vocation to tend the garden. The garden was created good already by God, but tending and keeping it continues and extends God’s creative power through man’s work. No other creature has that dignity, because only with man does God share His own dominion and creative power – He even lets us name the beasts! Cultivating the land is a uniquely blessed activity.

We have grown a wild variety of plants and animals in our stumbling attempt at farming, and have seen and talked to people coming and going in this wild world of agrarianism. I think I can safely say that I’ve made more mistakes than successes, but I’ve certainly learned a lot through them. As I’ve heard it said – failure is compost if you know what to do with it. So, with my failures and experience in mind, here’s my seven tips for those of you just getting started in homesteading:

Don’t spend a bunch of time looking at websites and magazines like “Mother Earth News” – they’re selling advertising, not worthwhile information. It’s sort of like those magazines in the grocery isle that have an article about “best sex ever” every single month. The wannabe farmer magazines just print pictures of unrealistic and pretty gardens and rolling pastures and say basically the same stuff over and over, just as Cosmopolitan says the same thing over and over again with pretty and unrealistic pictures. Don’t window shop and compare yourself to impossible ideals, but go find someone to learn from! Even if you drive a couple hours and spend a day walking around a homestead or farm, you’ll learn more than staying up too late googling stuff. Overdoing the “research” part of homesteading can become a paradoxical addiction – spending too much time inside and behind screens reading about being outside in front of reality. Visiting might also make you realize that, hey, you don’t want to homestead – and that’s just fine. You can find other ways to avoid consumerism and enjoy life.

Don’t do a massive pendulum swing from Walmart shopper to Amish yeoman. Start slow. If you do you will be less likely to get discouraged by failure and feel embarrassed when you give up and see your friends at Walmart. Do it because it’s good, not as sheer reaction – or to “prep” for disasters. It will also help if you simply describe the good experiences of your homesteading instead of the errors of the modern system they are part of (oops – is that how I started this article?). In short: just homestead for a while before grandstanding to the world. Its good, and that’s reason enough.

There’s a reason every old farm picture has chickens, cows, and pigs – these things produce food! However, pigs and cows (dairy or beef), and not chickens, will be your best bet. They produce an actual abundance of food that can really feed a family. Chickens are actually very hard to make sense of – after feed and other expenses you don’t really do any better than just buying eggs. But, the act of caring for them is good, and you can use them to help with other farm aspects (which is the next point). And, as chicken owners will tell you, they are extremely entertaining. The same is true for sticking with classic vegetables. Your family can grow and will likely enjoy squash, tomatoes, beans, potatoes, and other classics much more than obscure and eccentric plants. These classics also tend to have varieties that are hardy and more forgiving. At first, grow corn and pigs, not bok choy and llamas, no matter what Mother Earth News said in the latest issue. The classics for breakfast straight from the farmstead.

Don’t just picture your place with a cage here, pen here, and garden here. Think how they all work together, and what ways that can mutually benefit each other. Make your systems versatile and movable. And ask first what the land would like to do, not what you can force it to do. I have pigs under oak trees to eat the acorns next to the cows’ barn so they can drink spoiled or waste from dairying and both of them are above a pasture and garden space so that their nutrients flow into that area and fertilize it with gravity and rain. I also use pigs to till my garden spaces and clean out areas in general. On a smaller scale you might consider having chickens or compost piles on top of future garden spaces so that when you move them, you have more fertile ground to work with. On a small scale books in the “permaculture” style of farming will be the most helpful. The author’s compost piles positioned up hill so nutrient runoff fertilizes the pasture before it completely runs off.

The number one mistake I see is that people till up huge spaces on a warm Saturday before they really have a plan or experience in gardening on a scale bigger than a pot. No really – this happens all the time. First of all, I use tilling and layering techniques that make for better soil, less work, and more fertility (its not the only way, but it works very well). Nature never allows soil to be bare because it will wash away, compact, and lose fertility fast. That’s why when you till, all sorts of new weeds pop up. They are trying to cover that naked ground fast, doing exactly what they were designed to do. There’s no weeds in the forest where old leaves keep the floor mulched, but the weed seeds are there in dormancy in case they are ever needed. Imitate the forest. Keep your ground covered in mulch or cover crops and only disturb it for really good reasons. I use cardboard and straw (not hay) as mulch, and then pile up manure and compost on top of that, maybe some leaves, then add more straw. I usually do this in the winter time so that come spring the worms have “tilled” the soil, cardboard, and compost altogether and the weed seeds are 8 inches under ground instead of on top and ready to sprout when you water those new lettuce seeds. If you want a new garden space fast put down a layer of cardboard and a load of compost and let it sit for a while, then work up small areas right where you are planting (leave the rest as mulch and future soil), then plant and mulch with straw.

6. Compost is not optional.

Whether you make it or just buy it, investing in soil fertility is an investment that will actually come back. Don’t overdo it with the seed catalogue and dream up an acre garden before you have the soil to support it. Also, don’t buy 10 flats of plants on a whim while you’re running errands before the soil is prepared at home. Soil is a whole system in itself and has more going on than anything else on the farm from bacteria to minerals – and your homestead needs as many things living and dying in there as possible. Soil is not just a support for the roots of plants, its where your food begins. Learn about soil before anything else.

I’ve wanted to have a small dairy for many years now. When I first moved to the country I was hounding a mentor – “Teach me how to take care of cows!” He didn’t know exactly what to tell me, but was clearly tired of the talk. “Just get a cow Jason.” So, I got a cow. I started. You don’t have to go from couch potato to potato farmer to receive the blessings of homesteading. You can grow a tomato vine on the patio in a pot, but the simple act and experience will get you going in that direction. Even if your first tomato dies, put it in the compost pile and start again! Hey, maybe you just don’t like homesteading and decide to try brewing beer at home instead – that’s still human culture! If so, come on over and we’ll barter our goods, enjoy the fruits of the earth and the work of human hands, and all without paying more taxes or increasing the GDP.

I’m sure there are many more tips, but these are the ones I would tell someone if they stopped by and asked. If you have some experience in this area, leave a comment with your input. 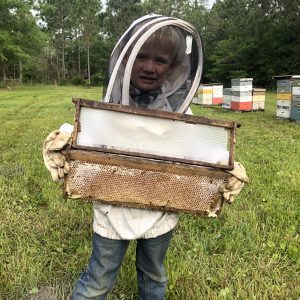