Giving Thanks is Trivialized Without Blood and Sacrifice 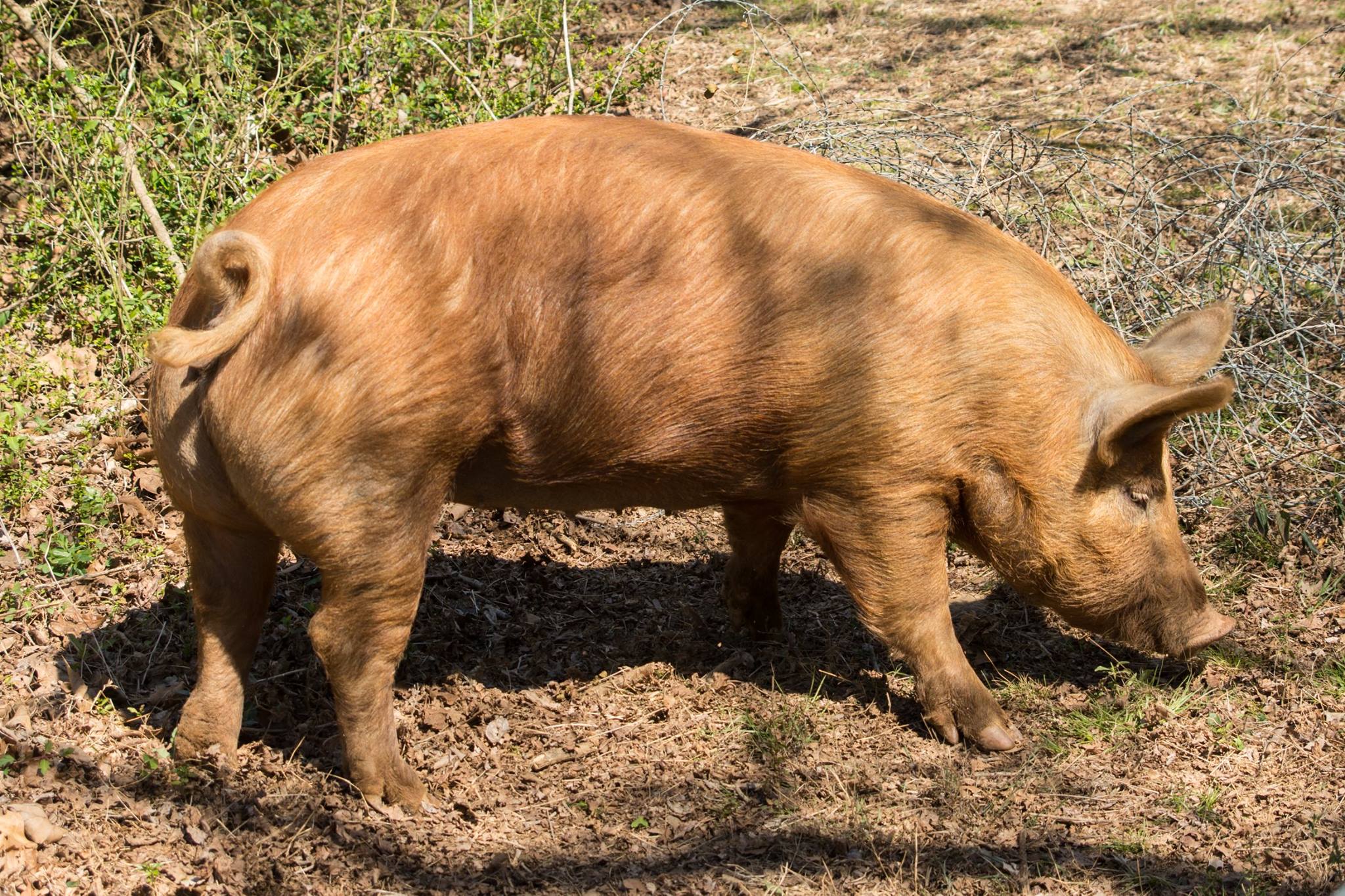 I recently had a priest friend visit my farm to help me eat a pig.  He had, in fact, wanted to be there “for the bullet”, meaning when I began what is politely and (I think) cruelly called “processing”.  “Processing” is thoroughly modernist farm-speak that helps people cope with the reality that I am shooting a small bullet into the pig’s brain so that it is stunned enough but still “kicking” so that I can slit his throat and let it bleed out before scraping his hair off with the help of boiling water and then pulling him upside down into a tree to remove his guts and head.  Being polite about such things helps no one.  And people are less thankful about life because of our politeness.

My friend, the priest, was unable to see the whole process, but he had me walk him through the entirety of it.  He saw the pool of blood in the field.  He looked intently at the metal vat that I boiled water in.  He examined the knives and looked at the saw that I used to cut down the pig’s spine, to split it in half.  Then we looked at the pig on the cooker, which I had at that point been smoking for about ten hours.  Like I, he was excited to eat.  But more than that – he was thankful.  There is nothing like the blood of an animal and the work of a man to make one truly grateful.  A hog killing really is a mysterious and wonderful thing that reminds us of the way of reality, and our “marriage” to it, as Wendell Berry put it:

Let them stand still for the bullet, and stare the shooter in the eye,

let the jugular blood spring hot to the knife, let freshet be full,

let this day begin again the change of hogs into people, not the other way around,

for today we celebrate again our lives’ wedding with the world,

for by our hunger, by this provisioning, we renew the bond. (“For the Hog Killing”)

True gratitude acknowledges the “bond” that is created when we are given that for which we are grateful – what we owe thanks for.  St. Ambrose said there is “no duty more urgent than that of returning thanks.”  Gratitude is, as Aquinas said, a part of justice.  “I would maintain that thanks are the highest form of thought,” said G.K. Chesterton, “and that gratitude is happiness doubled by wonder.”  Such sayings should help us to be appalled at the sentimentality of what many call “thanksgiving”, which really means to conjure of warm feelings disconnected from any serious sacrifice, which is a necessary corollary to thankfulness.

You cannot “return thanks” if you don’t see what has been given, and nothing is given one to another if it was not some sort of sacrifice.  If it costs nothing it means nothing.  Without cost a gift is stolen, fake, or meaningless.  Thankfulness cannot “double” without gazing in wonder, and no one ever wonders at a thing he made or earned.  Staring too long at one’s abilities can quickly turn them to idols.  True wonder is born in the active receptivity of seeing life and persons for what they are.

Eating the pig later we talked about sacrifice.  He mentioned how he wished the students he worked with could see such things as the blood in the field.  Through surveying kids at a school he found that their main definition of the Mass was a “meal”.  While this is partially true, the meal dynamic is drained of its full reality when it is disconnected from the reality of death.  And since no one mentioned the sacrifice of the Mass in the surveys, I think he was rightly skeptical that them saying it was a “meal” meant much. When we try to wrestle sentiments of thankfulness from life without seeing death – like the Mass as “meal of thanksgiving”, disconnected from sacrifice – it becomes a sort of coercion that distorts gratitude. As Aquinas said, “thanksgiving is less thankful when compelled.”

It is more than unfortunate that more people, especially children, are unable to see the death of the animals they eat.  “[A] spiritual dangers in not owning a farm,” said Aldo Leopold.  “[Is] the danger of supposing breakfast comes from the grocery.”  Some erroneously think it is good to shield kids from such things because death is traumatizing, but I would argue that the trauma is in allowing them the delusion that their life is maintained without cost.  No wonder they grow into ungrateful brats that assume the arc of history should bend toward them.

Of course the Mass is a meal and it is an act of gratitude – thankfulness par excellence.  But there is not gratitude and thankfulness, the real kind that is, without knowledge of the sacrifice.  Shielding the faithful from the cross, with its blood and misery, has cooled their gratitude because it makes them think that salvation comes without a cost.  Easy religion comes at no cost, and it’s a sentimental parody.  An ex-Episcopalian friend of mine knows what happens when you make religion easy – he says it drains the Liturgy of power and it becomes a nibble and a sip and a brief talk on religion.

The Church Fathers called the Mass the “unbloody sacrifice.”  Seeing some blood in your life – feeling and knowing pain in yourself and witnessing it in another – helps you to be actually grateful for what is received.  Without the cross, without knowing the Mass as sacrifice, people can talk all day about the Eucharist as a meal of thanksgiving, but its all fluff until you face the fact that your life requires death.